Gerry Virtue lives with his wife, Pamela, amidst magnificent bushland in the Blue Mountains, west of Sydney. Although born in New Zealand, he has lived in Australia for many years.  As a pharmacist he operated a pharmacy on the NSW South Coast for some years before deciding on a change of occupation. Later, with a business partner, he set up a Sydney-based outdoor adventure company and operated tours and expeditions in the Himalayas, leading treks throughout Nepal and the Karakoram Mountains. In Australia his company pioneered commercial hot-air ballooning, rafted the Franklin River in Tasmania, ran camel safaris in Central Australia, ballooning safaris in Victoria and cycle tours in China. 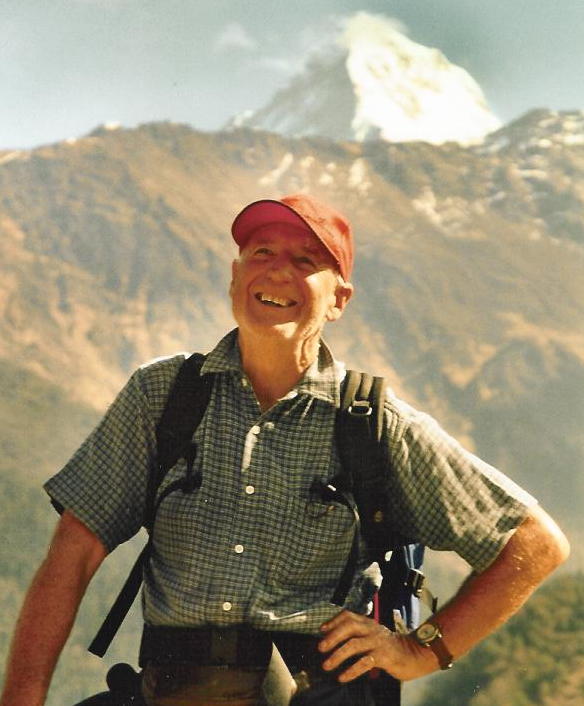 The company mounted an expedition to make the first successful hot air balloon flight over Mount Everest and produced a documentary film, "Fire in the Wind", of the event.  When Gerry decided to hang up his trekking boots, he began to write, completing his two "Kathmandu" novels, a travel book on the early Hippie Trail, and is working on two books about exploring the high Karakorams. In the Blue Mountains he is now content to gaze out over a deep valley, framed by spectacular sandstone escarpments, toward distant hills and grasslands. Most days he finds time to hike along bush trails and enjoy the superb birdlife.